Marketing Through a Recession 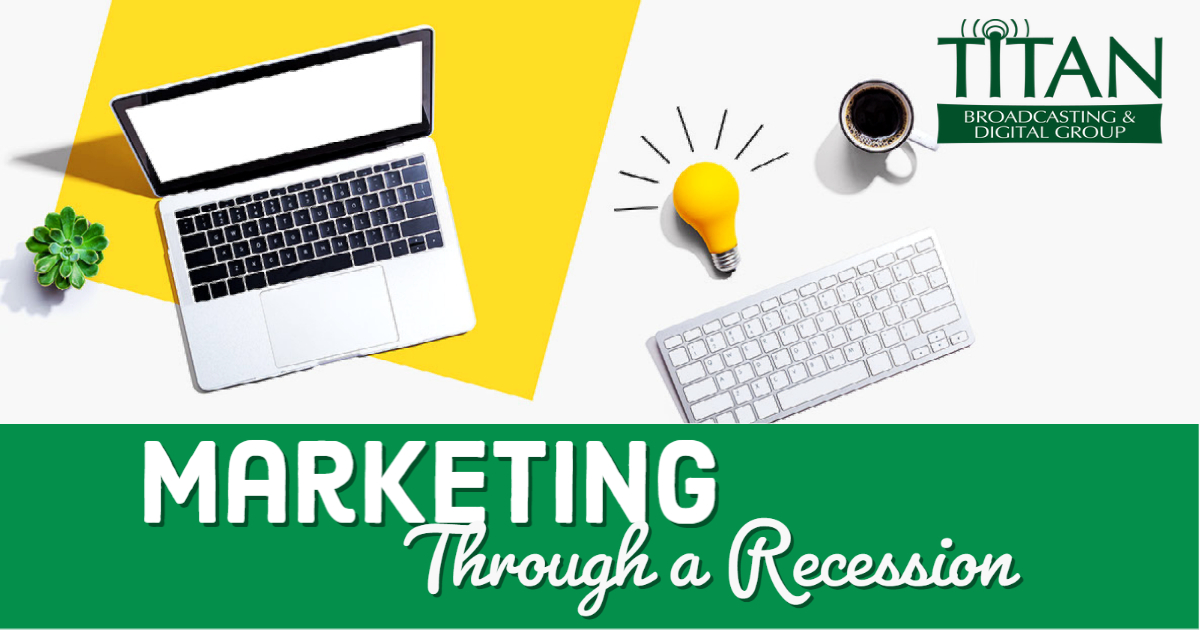 The first recorded recession in the United States was in 1797. Since then, there have been 17 additional recessions and one depression (The Great Depression 1929-1939) with the latest recession being in 2020, caused by the COVID pandemic.

As a business owner or manager, “if” we enter into another recession, you’ll have difficult decisions to make. One of the most difficult is deciding where you will make cuts if needed.

Tip: “Don’t Stop Marketing/Advertising”. History has proven time and time again that businesses that maintain and/or grow their marketing during a recession will far outperform the competition during, and even more so after the recession has concluded.

It only makes sense that if your competitors reduce their advertising spend, and you either maintain or increase, you have an exponentially larger audience to market to.

Many case studies prove this point. Roland Vaile tracked the performances of 250 major US companies from the post-WW1 recession into the boom years that followed. Four years later, in 1927, he published the results in his seminal Harvard dissertation.

He divided the 250 businesses into three categories:

His study concluded that businesses that lowered their budget saw sales decline both during the recession and then for the following three years. He also found that companies that continued to advertise came out 20% ahead of where they were pre-recession. Those who reduced ended up 7% below their pre-recession levels.

Imagine if you could outperform your competition by 20 to 30% in the next three years!!!

Since Vaile’s study, there have been many other success stories. Prior to the Great Depression (1929-1939), Post was the category leader in the ready-to-eat cereal category.  During the Great Depression, Post chose to cut back significantly. At the same time, the Kellogg’s company introduced Rice Krispies and doubled down by increasing its advertising spend, investing heavily in radio. Kellogg’s profits grew by 30% and the company became the category leader, a position it has maintained for decades.

There are many success stories of one company maintaining or increasing advertising while the competition cuts or eliminates advertising spending:

A McGraw-Hill study of 600 businesses during the early 1980’s U.S recession found that those who continued to advertise during the recession were 256% ahead of their competition who didn’t advertise.

The moral of the story is that a recession is a great time to grow your business. Angela Ahrendts, the very successful former CEO of the British Fashion company Burberry, once said, “Never waste a good recession”.

Considered one of the sharpest marketing minds in the world, Mark Ritson wrote about and produced what he calls Ritson’s Recession Playbook, explaining 9 steps marketers should take to survive the dark times ahead. He uses the acronym of the word R-E-C-E-S-S-I-O-N to provide these 9 steps.

“R is for retaining the long”. He believes you should focus on long-term branding instead of short-term ROI during a recession.

Click here to see Ritson’s complete article and the 9 steps marketers should take to survive.

At Titan Broadcasting and Digital Group, we believe our responsive, on-going communication with our clients is one of the biggest reasons why our partnerships are so successful. Whenever you need us, we’ll be there by your side to answer your questions and help your business grow in any way we can! www.titanburlington.com/contact-us/